KCWCG was founded in 1990 by local youths who registered it as a Community-Based Organization (CBO).

The group aimed to raise awareness among communities in the then Trans Nzoia District about the importance of conserving wetlands for both livelihoods and biodiversity, and to protect sites critical for the persistence of Grey Crowned Cranes.

Realizing that these goals could not be accomplished unless the socio-economic needs of the communities were addressed, KCWCG began to integrate wetland conservation with community development, focusing on problems affecting both wetland health and community well-being such as the drainage of wetlands, deforestation, and overharvesting of wetland plant resources.

Their scope has since broadened to include income-generating activities, environmental education in schools, and restoration of wetland vegetation.  Over the past two decades, KCWCG successfully expanded its geographical area of operation to include six counties in Kenya’s western region.  KCWCG works with schools, church groups, farmers, and other environmental groups to conserve wetlands and natural resources.  Successes include the restoration of over 1.7 km of wetlands along the Kipsaina River, the creation of an environmental education program spanning more than 32 schools, the establishment of tree nurseries and distribution of over 100,000 seedlings to institutions and households, and the development of projects in bee-keeping, fisheries, and organic farming.

Their efforts have gained both local and international recognition in the past decade including the attention of organizations such as UNEP and UNDP, WWF, ICF, EWT, RARE, IUCN, ELCI, VI agroforestry, ACC, ECO tourism. It has also gain interests from the media which resulted to media coverage by local media such as NTV and KBC in Kenya, foreign media such as the BBC. Among other achievements they managed to win a runners-up prize in the 2007 Equator Initiative Contest and the Disney conservation hero award 2020. 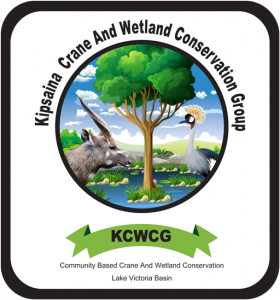 Working with communities to conserve cranes and protect wetlands as an important habitat to cranes and a beneficial resource to humans. We achieve this through environmental awareness and education, research and provision of alternative livelihoods.

To restore degraded wetland that will lead to Grey Crowned Crane and wetland biodiversity population increase and benefit communities sustainably. 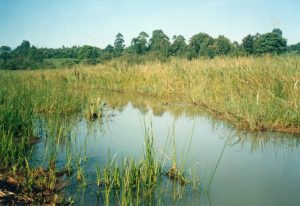 We work towards restoring forests and having a buffer of forestland, wetlands, streams and riverbanks for the improvement of water quality, providing a conducive habitat for wildlife, soil erosion prevention and lessening land damage leading to invasive species. 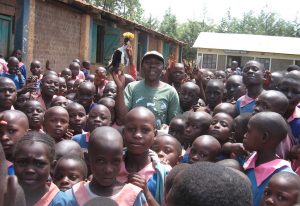 We educate and involve the local communities in our conservation activities which helps them embrace and conserve biodiversity for the benefit of both wildlife and the community. This includes indigenous knowledge such as ethnobotany that contributes to the better understanding of the community. 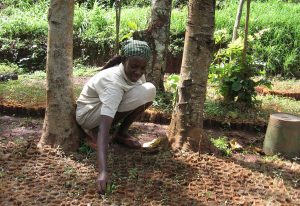 We plant and conserve trees for the purpose of air purification, shelter for wildlife, saving water, renewable energy source and pollution prevention that slows down global warming and climate change for the benefit of current and future generations.

The activities of KCWCG are coordinated by Mr. Maurice Wanjala, the organization’s founder, together with a management committee comprised of community members drawn from the target communities.  A leader of the project since its inception, Mr. Wanjala has demonstrated a unique ability to mobilize communities, bringing together diverse stakeholders including teachers, schoolchildren, extension officers, institution of higher education and other NGOs to conserve wetlands and their biodiversity.

What We Are Doing

Working with communities to conserve cranes and protect wetlands as an important habitat to cranes and a beneficial resource to humans. We achieve this through environmental awareness and education, research and provision of alternative livelihoods.

We use cookies on our website to give you the most relevant experience by remembering your preferences and repeat visits. By clicking “Accept All”, you consent to the use of ALL the cookies. However, you may visit "Cookie Settings" to provide a controlled consent.
Cookie SettingsAccept All
Manage consent

This website uses cookies to improve your experience while you navigate through the website. Out of these, the cookies that are categorized as necessary are stored on your browser as they are essential for the working of basic functionalities of the website. We also use third-party cookies that help us analyze and understand how you use this website. These cookies will be stored in your browser only with your consent. You also have the option to opt-out of these cookies. But opting out of some of these cookies may affect your browsing experience.
Necessary Always Enabled
Necessary cookies are absolutely essential for the website to function properly. These cookies ensure basic functionalities and security features of the website, anonymously.
Functional
Functional cookies help to perform certain functionalities like sharing the content of the website on social media platforms, collect feedbacks, and other third-party features.
Performance
Performance cookies are used to understand and analyze the key performance indexes of the website which helps in delivering a better user experience for the visitors.
Analytics
Analytical cookies are used to understand how visitors interact with the website. These cookies help provide information on metrics the number of visitors, bounce rate, traffic source, etc.
Advertisement
Advertisement cookies are used to provide visitors with relevant ads and marketing campaigns. These cookies track visitors across websites and collect information to provide customized ads.
Others
Other uncategorized cookies are those that are being analyzed and have not been classified into a category as yet.
SAVE & ACCEPT